Three years after the Civil War ended, an organization of Union veterans established Decoration Day. This was a day set aside to decorate the graves of soldiers killed in the war with flowers. The date, May 30, was chosen because flowers would be in bloom all over the country.  Eventually, Decoration Day was renamed Memorial Day and in 1971, it was officially established as a national holiday.

Every year I am sure to see a veteran standing proudly outside my Dunkin Donuts handing out red crepe paper poppies in exchange for donations. These former soldiers, sailors and airmen know why they’re handing out poppies, and not, say, daisies or little American flags. But, they say, most younger adults have no idea of their significance.

From 1914 to 1918, Flanders Fields was a major battlefield in Belgium during World War I. Over a million soldiers from more than 50 different countries were wounded, killed or missing in action on the battlefield. (Let’s not forget all the civilians probably caught in the crossfire.) During many of the battles, guns and cannons were dragged about the fields destroying the landscape. Many of the explosions and ammunition struck the ground, tossing up soil. all this agitation would give millions of seeds, many which may have lain dormant for up to 80 years, an opportunity they had been waiting all this time – an opportunity to grow.  Soon after the battles were over and the fallen buried, red poppies sprouted over the disrupted fields.

In 1914 at the start of the World War I, Lieutenant-Colonel John McCrae, a Canadian physician, followed his sense of duty to God, his country and his fellow man and enlisted. While on the battlefront during the second battle of Ypres, John McCrae had the unfortunate task of having to perform a burial service for his good friend. The next day he reportedly sat on the step of an ambulance wagon and composed what is now considered to be the world’s most famous and recognized war memorial poem, “In Flanders Fields”.

The poppy quickly became a symbol of the fallen military after the publication of “In Flanders Fields” because they grew on the former battlefield among the fresh graves. Poppies are a resilient flower. And they only germinate when the ground is disturbed – as it was by the very brutal fighting in Belgium. Out of death and destruction, McCrae observed that poppies grew.

Years later, two women were reportedly very touched by John McCrae’s poem. So much so, they began selling artificial poppies to raise money for disabled veterans and their families. In 1922, the Veterans of Foreign Wars made the poppy the official memorial flower to represent United States veterans.

Monday is the unofficial start of summer. While we are enjoying our 3-day weekend, let’s set aside time to remember fallen heroes. We may not know their names, but their sacrifices were not in vain because we are free.

In Flanders fields the poppies blow
Between the crosses, row on row,
That mark our place; and in the sky
The larks, still bravely singing, fly
Scarce heard amid the guns below.

We are the Dead. Short days ago
We lived, felt dawn, saw sunset glow,
Loved and were loved, and now we lie,
In Flanders fields.

Take up our quarrel with the foe:
To you from failing hands we throw
The torch; be yours to hold it high.
If ye break faith with us who die
We shall not sleep, though poppies grow
In Flanders fields. 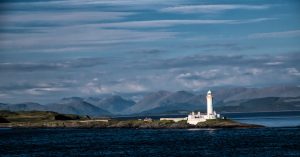 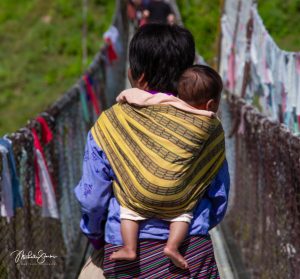 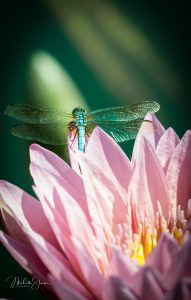