Creating Beyond Travel Photography has forced me to go through photos that have not seen the light of day in a very long time. The other day, I came across my pictures from Scotland and I thought about how much I loved that vacation. I knew immediately what I wanted to write about.  A perfect moment from that trip.

Scotland was on my bucket list for a long time.  Even before I binge watched Outlander, I wanted to visit the Highlands.  I wanted to see castles that have been so vividly described in books and featured in movies.  I was also wanted to meet my pre-Daniel Craig James Bond crush, Sean Connery.

Scotland occupies the northern part of the Island of Great Britain and has a common border with England.  Because Scotland is surrounded by water on three sides, the moist air affects the weather making it unpredictable.  Although the entire time I was in Scotland, it was sunny and mild, most people say you can get all four seasons in 24 hours in Scotland.  For sure, you will need everything from a light sweater to a winter coat.

My friends trusted me enough to allow me to plan this trip.  Scotland has so much to offer, it was really hard to decide what we would have to forego on this trip because we just didn’t have enough time.  We spent about two weeks in Scotland – starting out in Edinburgh.  From there, we made a big loop.  We drove north to the Highlands; stopping in Pitlochry and Glencoe before spending several days at the top of the loop, the Isle of Skye.  Our stopping point on the way back to Edinburgh was Oban.

I love Edinburgh.  It offers something for everyone.  Love history?  Old Town, which is designated an UNESCO World Heritage site, is filled with narrow streets, passageways, stairs and hidden church yards.  It’s not hard to imagine 2 of Edinburgh’s most famous characters – Dr. Jekyll and Mr. Hyde – walking the streets of the Royal Mile or perhaps sitting in a pub with a shot of whiskey.  Like parks and green spaces?  Take a walk to Arthur’s Seat or explore the observatory and National Monument on top of Carlton Hill.  Is drinking whiskey your thing?  It’s difficult to go a block without seeing a pub.

If you love to photograph – there is a lot to work with in Edinburgh.  You can photograph all the obvious places and come away with some great photographs.  Or, while everyone else’s camera is pointing in one direction, you can find a story in the tartans and kilts of a Scottish military band.  This photo is one of my favorite moments in Edinburgh Castle.

The movie, Braveheart, erased any illusions I had about dainty castles dotting the hillsides of Scotland.  Whether perched on the very edge of a cliff with the ocean pounding the rocks far below; or on an island in the middle of a loch, castles in Scotland are battle-hardened fortresses.  On the day I took the photograph below, it was raining, and my friends and I were casually having dinner in our AirBnB.  Suddenly, the clouds began to break and a rainbow appeared over St. Andrews.  Without a word and within seconds, there was a mad scramble for shoes, cameras and lenses.  All of us made a mad dash to run down several flights of stairs with shoes half-way on.  It’s not easy to climb up on a cement wall without dropping your camera and with your shoes partially on.  However, from the top of that cement wall, I got some great shots of Edinburgh Castle.  My favorite is the one below – although you cannot see the rainbow in this photo, I love the light on the castle and the dramatic skies behind.  The lesson here is that if you have dramatic weather, a rugged landscape and an imposing castle – you have a photo trifecta.

There really is no shortage of things to enjoy and photograph in the Highlands. You could focus in on small, delicate springtime bluebells.  Or you can capture the grand landscape of Ben Nevis and the mountains of the Highlands.

Our hotel was right across from Loch Linnhe.  Each evening as we would wait for sunset, some of us would have a shot of whisky (which is kind of a must when you are in Scotland).  We would laugh and talk about our plans for the next day.  One of our “next day” plans included taking “one of the best short walks in Scotland” to Steall Falls.  At least that is how the guidebook described it.  Although I can now look back on this trek and laugh, I have no pictures from Steall Falls.  Why?  Because this walk was neither short nor easy.   In fact, it was rough, rocky and treacherous.  I’m just happy that there are no photos of me trying scramble over huge rocks.  I’m lucky I didn’t fall in the creek as I jumped from 1 dry rock to another.  By the time we got to the falls, I was so tired I no longer cared to see them.  Lol.

Now to the 1 perfect moment of this trip.  I never knew that something was missing from my world until 6/3/2016, the day I met a puffin – or several puffin, actually.  Puffins are small seabirds that spend most of their life out at sea.  However, during breeding season, they return back to land to make their nests on the rocky cliffs of Iceland and other small islands that dot the north Atlantic.  One of those small islands is the Isle of Staffa.

From Oban, we set off Staffa.  As we were crossing over to the island several crewmembers told us that we had a good chance of seeing puffin and other sea birds if we sat quietly near the cliffs.  Staffa rises up from the water 100 feet or so.  As you get to the island, you have to climb a steep and narrow staircase to get to the top of the island where you can walk.  Upon arrival, we dutifully climbed up the staircase and walked to the other end of the island.  Then we sat… and waited.

And there they were.  Small little black dots bobbing up in down in the sea down below.  Every once in a while, you would see a black dot struggle to take off and fly towards the cliffs below and to the side of us.  What I love about puffin is they are not graceful at all.  In flight, puffins flap their small wings frantically to stay aloft.  On land, they have to pick up their big orange webbed feet to waddle from here to there.  They have a comical looking face with a huge orange bill that looks as if it was glued on.

I don’t normally photograph sea birds or wildlife, so just the experience of sitting near the edge of a cliff high above the ocean looking at these birds was awesome. I got some pretty good photos of puffin at their nests. They were not close ups, but I was happy.

Puffin are curious little birds.  Every once in a while a puffin would do a fly over to observe the humans sitting on their island.  So as we began to pack up, intending to make our way back to the boat, curiosity got the best of one little puffin and he came in for a better look.  He clumsily landed – not more than 3 feet away from us.  The puffin cocked his head and looked at us while we looked at him.  Silently I unpacked camera, got back down on the ground and began to snap.  A few other puffin who came in and took a hard landing.  As I laid in the grass photographing these funny little birds, I thought “this is a moment I will remember forever”.  And I have.  It was 1 perfect moment. 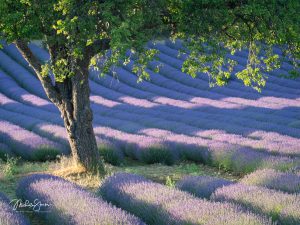 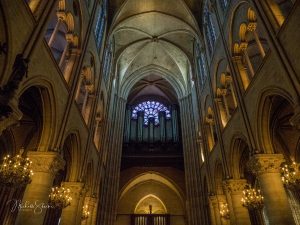 4 thoughts on “1 Perfect Moment: Scotland, the Highlands, and Puffin”